skip to main | skip to sidebar

Beliscity.com is an easy to navigate Pakistani online store. The neat interface of the website gives it a clean look adding to the viewers pleasant experience. This website which originally started off with cellphone and computer products now showcases a wide variety of products from computers and electronic items to lighters, perfumes and toys. The cellphone and laptop section of the website is very well made and is frequently updated with latest price's and new products.

list is very diverse i must say.. BUT for me thats the worst part about this website. At times it seems as if the items are just being added haphazardly instead of portraying professionalism in their addition. Though, i must appreciate the effort that this is one Pakistani website which i have been visiting regularly and have never been disappointed (to add i wrote this entry a few days back and today when i went to the website i could see it updated again). Beliscity has successfully managed to maintain a good standard, not only has it integrated this in its product list display and website presentation but also in the maintainance and customer service section of the website. As a business, it is a pleasure to have dealt with them a few times and watching them work harder in order to further improve their business professionalism(such as business partners and authorized distributors) is a delight on its own - after all they represent Pakistan on the world wide web in their own small way.

For me this website acts more as an info guide, the lack of the credit card facility on this website is its biggest drawback. Although the website houses a variety of other delivery and payment methods but in this plastic world, having the credit card facility for online transactions is a necessity. Although my visit to this website is restricted to fulfilling my cellphone and laptop needs, for me this website provides an easy solution to get a market price update on various products which is very difficult to obtain easily and accurately from other similar online resources.

To conclude, this website houses a complete solution and i can see a bright future for this Pakistani venture.
Posted by ShayaLive at 5:00 AM No comments:

Worldcall Karachi has been providing broadband services in the city since 2003 under the name of Go4B. The company now in its fourth year of successful operations, was the pioneer of Broadband Internet Service, VoIp and Digital Cable Tv services in Karachi.

The company has a customer base which is in multiples when compared with other local operators. This indirectly means that Go4B has the largest customer base in the most populated and ever expanding financial capital of Pakistan. (now that is something to boast about) BUT when these achievements are weighed in comparison, it is a shame to notice how the cable tv quality of this company is terribly detoriating with time. Termed as one of the best Cable Television Operators of Pakistan this company has become extremely stingy in its channel listings.

Having been a customer of Go4b since June 2003 (the year it started its operations) and i am no longer proud to include myself in the list of satisfied customers. Although, the company should be given due credit for having genuinely worked hard in improving the internet downtimes, inefficient helpline and implemented better billing methods, But i can only notice detoriating standards when it comes to their Analog Cable Television service. If pondered a little more on this point, one is also bound to notice the digital cable channel listings, it clearly shows that with the introduction of VOD and digital cable by Go4B, it now seems as if they are taking down all the channels from their analog service and putting them on the digital one, indirectly forcing the customers to switch.

I do sympathize with the cable operators and us(the viewers) and also do agree that Pemra might have placed many restrictions on the cable operators forcing them not to show several channels, but the recent trend of Go4B(knowingly or not) that can be noticed is of gradually reducing the number of English channels shown on their network. This act of unbalancing the ratio between English, Indian and Pakistani channels is not fair to a large number of customers.

If the cable network has taken such a step in order to encourage our growing and developing media, i appreciate this effort, but such an act at the cost of their customer's dissatisfaction is not a very wise idea. According to the website Go4b (http://www.go4b.net.pk/services/channel_list_analog.php) has a channel listing of 80+ channels and according to my count not more than 10 of them are English out of which hardly 5 are English entertainment channels.

To conclude, I have given up on the phone calls and my only hope remains is that the company soon takes into consideration my (and others) several requests for English channels and takes necessary action in order to improve its channel listings.
Posted by ShayaLive at 5:00 AM 1 comment:

Just when u thought the iphone was the coolest gadget!!!
When u thought you could have a wireless mouse with a double click button, a few lights here and dere and a sleek design.. Logitech doesn;t think that way. The ambition to do MORE and to do NEW has always been dere...
Logitech has come up with yet another new invention.. i;d like to call it remote mouse.. its just amazing!!

Imagine using your mouse in the air, moving your hands int he air to increase the volume and skip tracks.

When media was at the touch of your fingers...

Today i got a chance to use and explore the iphone. I loved the display, crisp and sharp. Searching on google Earth on the iphone was a new experience on its own, and surprisingly Google earth was working faster on the iphone than on my pc. (their can be multiple reasons for that - no need to come up with a new conspiracy theory). i loved the wat the screen rotates along with the phone. The system seemed pretty stable and easy to use.
But when u start to explore the phone one tends to notice the phone is more glamor and style than options in reality, according to me it is a no good for a business man on the run, or for a tech lover. Its more of a simple phone with a few options and upgrades and the ever loved apple style!.

The iphone by apple was launched today. Finally, can;t wait to get my hands on that thing!
Posted by ShayaLive at 5:00 AM No comments:

All content published in this blog is the intelectual propety of Shaheer M unless or otherwise stated (copied/outsourced), a source will be cited and in the case of a missing source please email me and an update will be made ASAP.I am not responsible for the accuracy of the content. Best attempts will be made to post accurate information with complete references. All data (oursourced/copied), brand names, company names, etc are the property of their respective owners. The blog owner, assumes no responsibility/liability to any party arising from errors/omissions/incorrect information/opinions due to the content present on this blog.
Posted by ShayaLive at 5:00 AM No comments:

I can see the future of technology.. this is soo cool.. u guys have to check out the link.. First the multi touch sexy and sleek iphone.. and now this.. the world is really going creative with idea's... :)

Couldn;t find any other tech freaks who would actually get as excited as me to this invention!
Apple IPhone 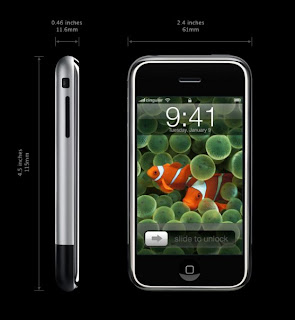 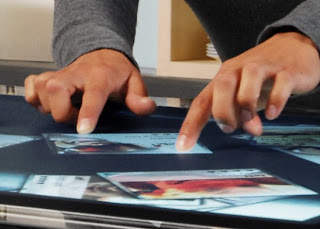 The images used above are the property of their respective owners